“Trust me, we’ll just do it, okay.” Trust him, Donald Trump will Make America Great Again. If Hillary Clinton is right, we don’t need to Make America Great Again; it never stopped being great. Cruz seems to agree with her. In these days of rancour and despair he is not afraid to vaunt the greatness of America. According to his web site: “The United States of America is the exceptional nation, the nation other countries aspire to be like.” Evidently, Ted Cruz has not travelled much. Yet his words echo a common refrain: America is the greatest country in the world. Mind you, it is not the only country to claim this title. In these days of a looming menace—or promise depending on where you stand—of a Brexit the UK Prime Minister David Cameron is not shy to hammer on that “the UK is the greatest country on earth.” 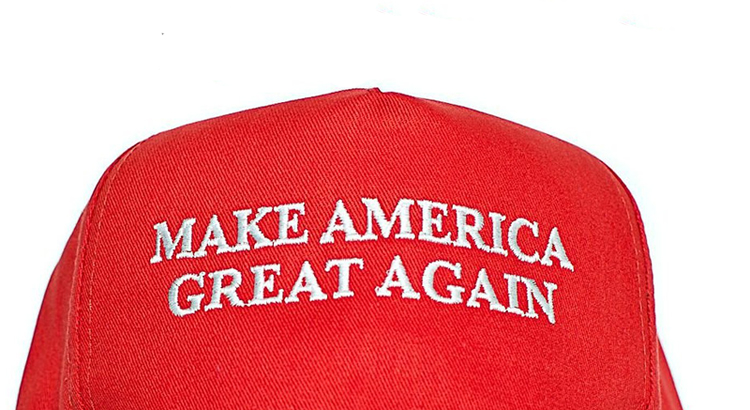 Nothing New Under the Sun

For the sake of argument let’s assume that we do need to make America great again. Donald Trump is, of course, not the first one to pledge to fulfil such a high calling. “Let’s Make America Great Again” was famously Ronald Reagan’s motto in 1980. Reagan’s premise, shared by many of his contemporaries, was that under Jimmy Carter’s presidency the USA, once a great nation, had fallen off the pedestal of eminence. Others before Reagan had diagnosed the supposed fall of the USA off the greatness scale and promised a time of restoration. The pledge to make America Great Again is not even a Republican monopoly.

The claim to the greatness of America has a long pedigree. Less than a generation after the Declaration of Independence Benjamin Franklin already exhorted Congress not to depart from the system “that promises to make America soon both great and happy.” America may not have been great in postpartum independence days, but, if one is to believe Franklin, it was soon to be. The greatness of America will become a more common refrain from the 1870s until well after WWII, despite the cataclysms of the Civil War and of the Great Depression. Fast forward to 1960 and Kennedy campaigned by heralding “A time for greatness.” What happened? Had America by then already fallen from her greatness?

For whatever it’s worth, a search on Ngram shows that the phrase “Make America Great Again” started to percolate into the political discourse in the early 1970s and peaked in … 1981 to become popular again recently. In the early 1970s for example, Sen. Henry M. (Scoop) Jackson (D) vented his frustration on the David Frost show: “I don’t agree with people who say that America is sick. America isn’t sick. This is a great country. ” He would later rail against those who “seek to make America great again…,” a phrase he would use in different settings even before Carter’s presidency. Presumably as the Nixon-Ford era was waning and the Watergate scandal and Vietnam conflict were still primetime television, some were already clamouring for a need to “Make America Great Again.” This is exactly what the Carter-Mondale ticket was supposed to achieve. In a 1976 issue of the Illustrated London News, Jonathan Dimbleby summed up the strategy of Carter’s campaign. Carter and his team had decided to pitch the candidate as “the Outsider, from down South, the David of Georgia who would challenge the corrupted and incompetent Goliath of Washington … who would make America great again.”

When Did America Stop Being Great?

Now all this begs the question. If American was once great, when did it stop being so? Under Nixon? Under Carter? Did Ronald Reagan, despite his two terms, fail to restore America to greatness? Was Bush Senior’s “A Kinder, Gentler Nation” slogan a republican self-confession that under Reagan America had maybe not yet become Great Again, or at least not quite for all Americans? More importantly, if greatness is such a flimsy achievement that is needs so regularly to be recovered, is it really worth vying for it? Or is it that Hillary Clinton and Ted Cruz are right and that we don’t need to Make America Great Again, because it already is great? It is the nation all others want to emulate, the Greatest Country on Earth.

Or is the problem one of perspective and definition? What does it mean for America to be great? In 2016, according to the candidates’ positions, debates and online forums, being great has to do with other countries fearing America, getting rid of Washington, telling it like it is, building walls, sending illegal immigrants back to their countries, and bringing jobs back from China. For many it seems that “Making America Great Again” just means making it “Great.” All attempt at lexical precision is being picky or plain un-American.

What Is Being Great?

What does it mean for a country to be “great”? Whatever our definition, one might ask: “Great for whom?” Some might say that America was never Great for all Americans. In “Let America Be America Again” (which would become Kerry’s slogan during his 2004 campaign) the poet Langston Hughes (1902–1967) complains several times that “America never was America to me.”

Is “Making America Great Again” then a chimera, a political slogan so malleable and plastic that it can be made to fit any era, a nostalgic evocation of a past that never was? Is it that politicians need to inspire and promise a better future to garner votes, even if such a radiant future has been promised many times before?

Or should we switch vocabulary? It is worth quoting Sen. Henry M. Jackson in full: “Some may seek to make America great again. I seek to make America good again: for, to me, that is indeed our claim to greatness. I want you to join me in that effort to make America good again—good for all our people.” We may argue too about what it means for America to be good, but contemplating America not in terms of Greatness but of Goodness for all its people, even for those who are angry and feel that politicians have let them down, may shape a different future.