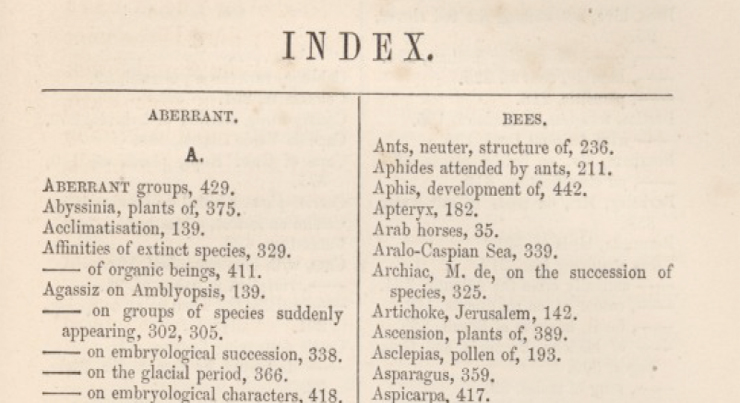 to write my notes on the history of the UK and decided to write an index of names and another one of important Acts and Documents.

and create shortcuts in TextExpander, I thought I would put the procedure I use online in case others could use this info. Remember to read the Makeindex package documents for indexing options. If you use the memoir package you might want to read its information about indexing too.

To start with you insert the commands \\makeindex in your preamble before \\begin{document} and \\printindex where you want the index (usually at the end). A simplified file would be (I put the text in another file and call it using \\include or \\input).

Suppose you want several indexes (or indices). In my course notes, for example, I have an index of important Acts and Documents and an index of proper names.

Speeding the Indexing Process Up

Now, if you have a long document you don’t really want to have to enter all these \\index commands. There are several solutions to avoid the drudge. An obvious one is to do a search replace throughout the document (replace all William with William\\index[names]{William I, the Conqueror}. But you want to be careful before you click Replace all. To keep the example of English history, not all the occurrences of “William” will refer to the same person. Doing one replacement at the time would probably be wiser.